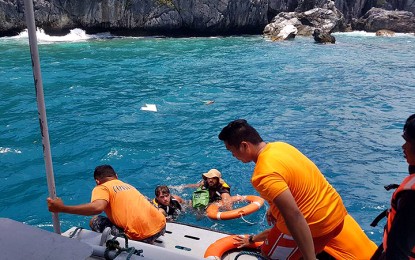 MANILA– The Department of Tourism (DOT) on Friday said the rehabilitation of El Nido, Palawan is still possible without closing some of its beaches identified by the Department of the Interior and Local Government (DILG) with a high level of fecal coliform.

In a letter dated July 15, the DILG asked the DOT and the Department of Environment and Natural Resources (DENR) to convene the El Nido Inter-Agency Rehabilitation Task Force to discuss the clean-up of Bacuit Bay and Corong-Corong Outfall and its possible closure to avoid the risk of tourists and locals contracting diseases.

“We have yet to receive the report. But I will be meeting with Secretaries (Roy) Cimatu and (Eduardo) Año on August 1, and this will definitely be part of the agenda,” DOT Secretary Bernadette Romulo-Puyat said in a text message.

“But as of now, from the DOT’s perspective, a rehabilitation without closure is the most viable recommendation,” she added.

In the letter, Año reported that at least 3.4 million most probable number/ 100 milligrams on fecal coliform level have been found in the water samples taken from one of the outfalls in Corong-Corong and Bacuit Bay.

The two shorefronts’ “dreadful condition” was compounded by the presence of informal settler families, non-enforcement of easement regulations on outfalls, and unregulated dry-docking and mooring activities, the DILG chief added.

Upon requesting the task force to convene, Año said Bacuit Bay and Corong-Corong Outfall may “potentially” be closed from water activities to preserve the area and prevent the contraction of diseases.

In 2018, the national government has immediately looked out for environmental violators in major destinations in the country, and at the same time, pushed and advocated for sustainable tourism after the Boracay rehabilitation.