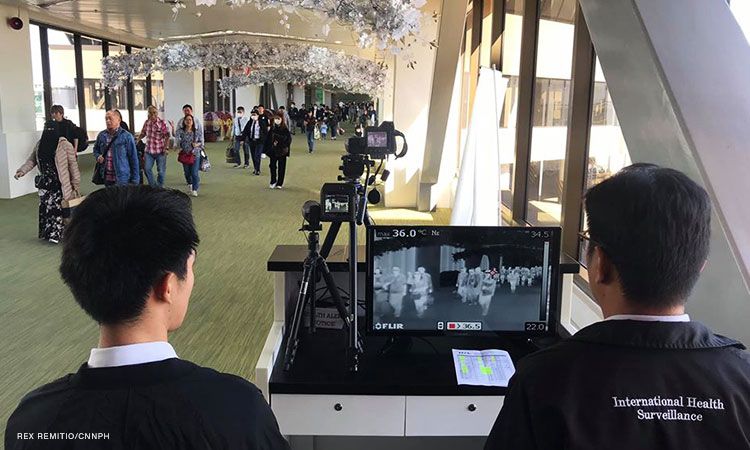 Metro Manila (CNN Philippines, February 3) — A tourism expert said the country may lose up to P20 billion if the novel coronavirus outbreak extends until March.

Speaking to CNN Philippines Politics as Usual, Tourism Congress of the Philippines President Jojo Clemente III said, “Based on estimates, if the virus lasts for another three months, or until March, we’re looking at about a P20 billion loss if we get that from last year’s figures.”

Meanwhile, Tourism Undersecretary for Tourism Development Benito Bengzon Jr said, to offset this loss, the government and the private sector are shifting their focus to the local market.

“When you look at the bigger picture, what you really want is to make sure the tourism activities are normalized not as soon as possible, as soon as we are given the green light. In other words, after our health authorities have already addressed all the issues, our commitment is to make sure that we bring back livelihood, especially at the community level,” he said.

Bengzon said the Chinese count for about 22 percent of total tourist arrivals to the country. These numbers have gone down significantly since the outbreak, saying it was “practically” shut down.

“Because with the government directive to…temporarily stop flight between China and the Philippines, Macau, Hong Kong then para mong sinara yung gripo [it’s like you turned off the faucet],” he said.

Chinese are the second biggest tourist arrivals in the Philippines. Koreans are first, and Americans come third. Neither groups are affected yet, said Bengzon.

In the meantime, Bengzon said what can be done is to promote domestic tourism.

Clemente also said domestic travel was “in the works and it will probably be the market we will depend on in the next few weeks or months.”

He added tourism stakeholders would be making “very irresistible offers” which he hopes will spur local tourists while the world deals with the virus outbreak.

Both Bengzon and Clemente appealed to local tourism stakeholders to relax policies for refunds, rebookings, and cancellations.

“Now is not really the time to make profit out of this,” Clemente said.

Watch the full interview on Politics as Usual with Pia Hontiveros, Tuesday at 7 p.m.